One backup, for all your data 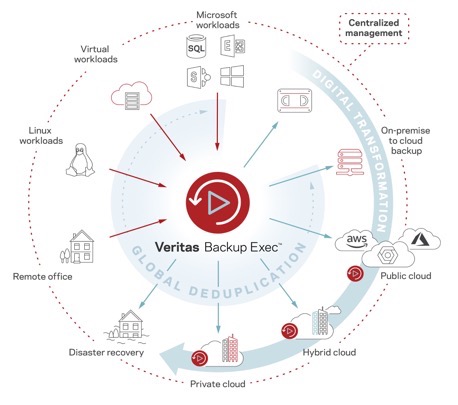 Backup Exec gives you simple, complete backup and recovery protection for your business – to cover all data wherever it resides.

Backup Exec is available for purchase in either perpetual or term subscription licensing, with the level of functionality you require

Backup Exec gives you comprehensive protection against external threats. So if the unthinkable happens, your critical data is backed up and ready to be recovered, quickly and easily.

Backup Exec (20.4) Readme – Learn more about the details for all features included in this release.

Backup Exec (20.2) Readme – Learn more about the details for all features included in this release.

Trying to decide if this product fits your needs?Read the system requirement details before installation.

Request a Call Back

Locate an authorised Backup Exec Partner/Reseller in your area using this online tool.

Back to Backup Exec