Launched in 2006, Twitter is one of the most popular social networking sites with over 300M users. Famous for its 140-character limit on messages, Twitter allows users to send out brief updates, known as ‘tweets’, in real time to an audience of followers. Popular with celebrities and media alike, it’s the leading social media platform for short-form, text-based updates. Is your workforce sending Twitter messages to conduct business? If so, quickly archive their Twitter- based conversations with Merge1.

Merge1 is a proven solution for social media archiving, including for communications taking place over the Twitter social media network. Social media compliance is easily achieved with Merge1, by leveraging your existing infrastructure. As opposed to other archiving compliance solutions, which require sending your workforce’s critical, sensitive communications to a third party data store, Merge1 captures Twitter messages and tweets and stores them in your email archive, whether on-prem (e.g. Veritas Enterprise Vault) or cloud-based (e.g. Microsoft Office 365).

Once archived, Twitter communications can be retained, supervised for compliance and searched for eDiscovery and internal Information Governance. 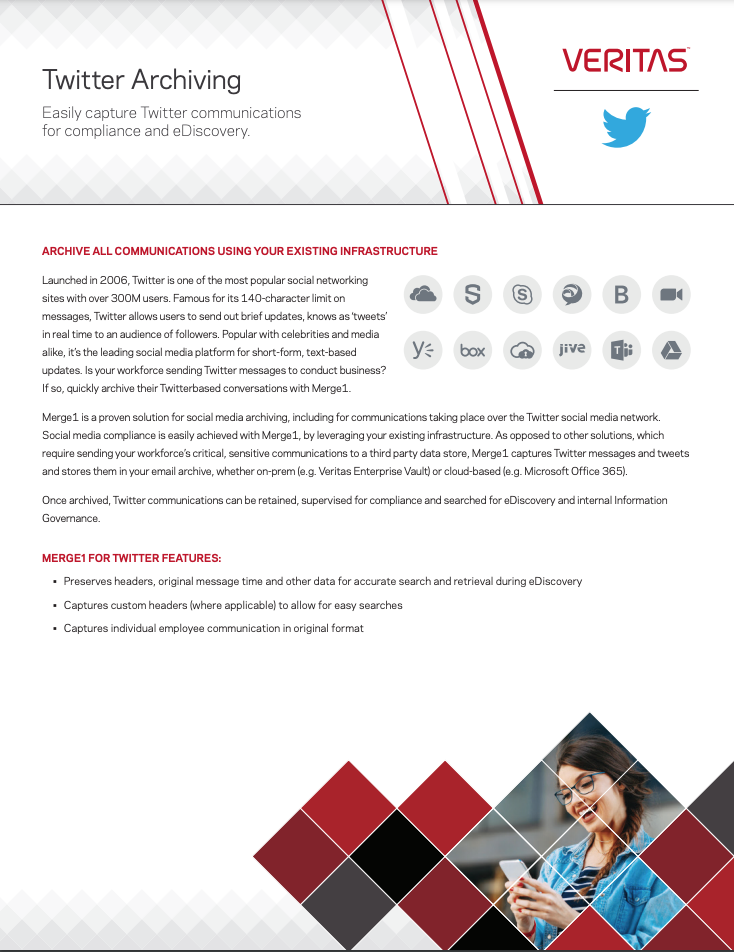 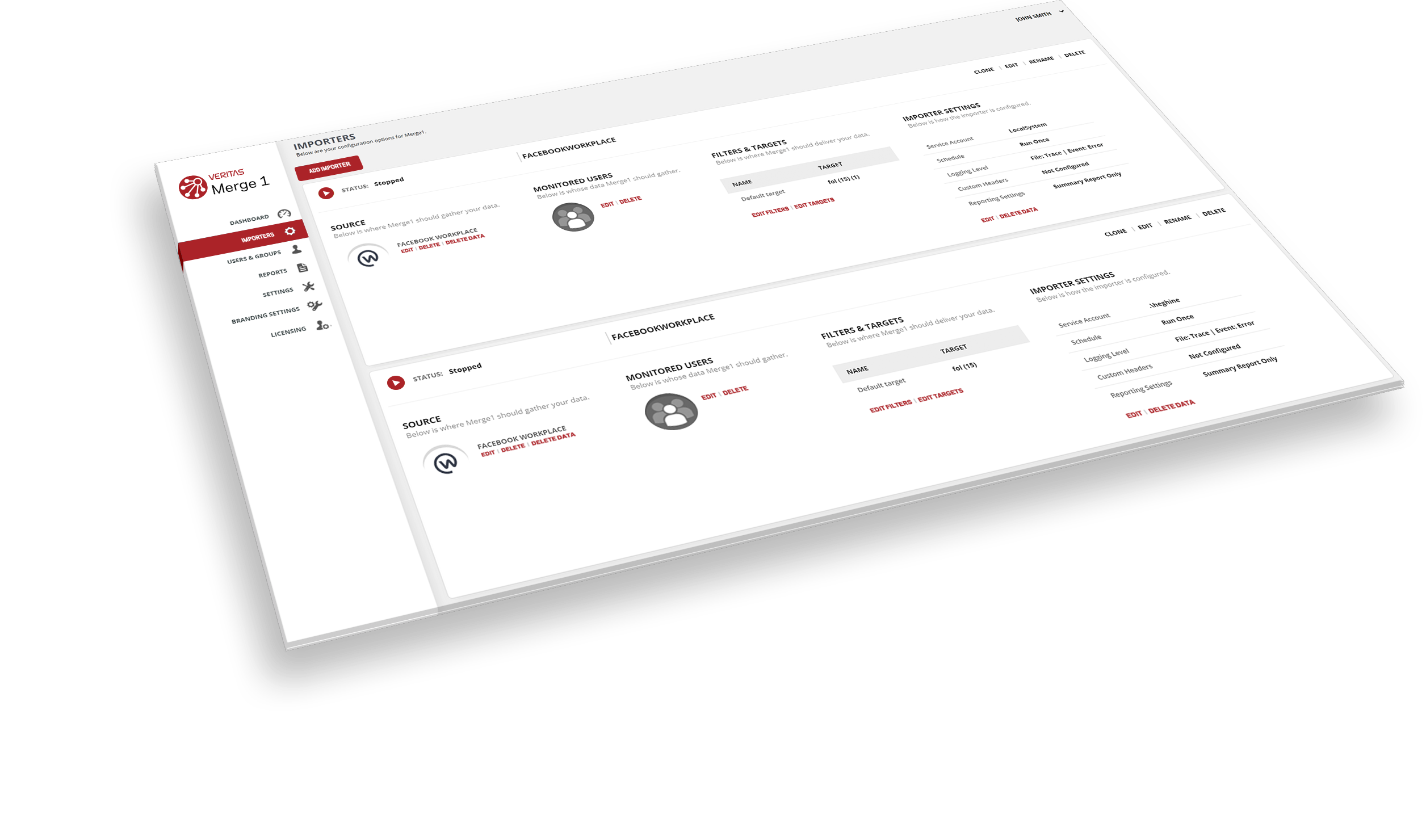 Questions about which solutions are right for your organization? Need help locating an authorized reseller? We can help.