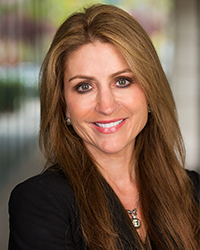 Michelle VonderHaar is the Senior Vice President and General Counsel for Veritas.

In this role, Michelle leads the Global Legal Affairs team, which includes the legal department, ethics and compliance, government affairs, and diversity and inclusion matters. Previously, Michelle held various positions in Symantec’s legal department starting in 2004. In 2009, she transferred to the Huawei-Symantec joint venture in Hong Kong to become its General Counsel, and returned to Symantec in 2012 as the VP, Legal (APJ Region) in Singapore. Most recently she served as Veritas’ VP, Legal (Lead for EMEA and APJ Regions, Corporate, M&A, Compliance and Government Affairs).

Prior to her career at Symantec and Veritas, Michelle was a commercial litigator with Katten Muchin Rosenman LLP in Los Angeles and Irvine, and a corporate finance and M&A attorney with O’Melveny & Myers LLP practicing in London, San Francisco, and Silicon Valley.

Michelle is admitted to practice law in California, Washington, D.C., New York, England, and Wales and received her law degree from the University of Arizona, James E. Rogers College of Law where she was a member of and published in the Arizona Law Review.

Back to Corporate Leadership